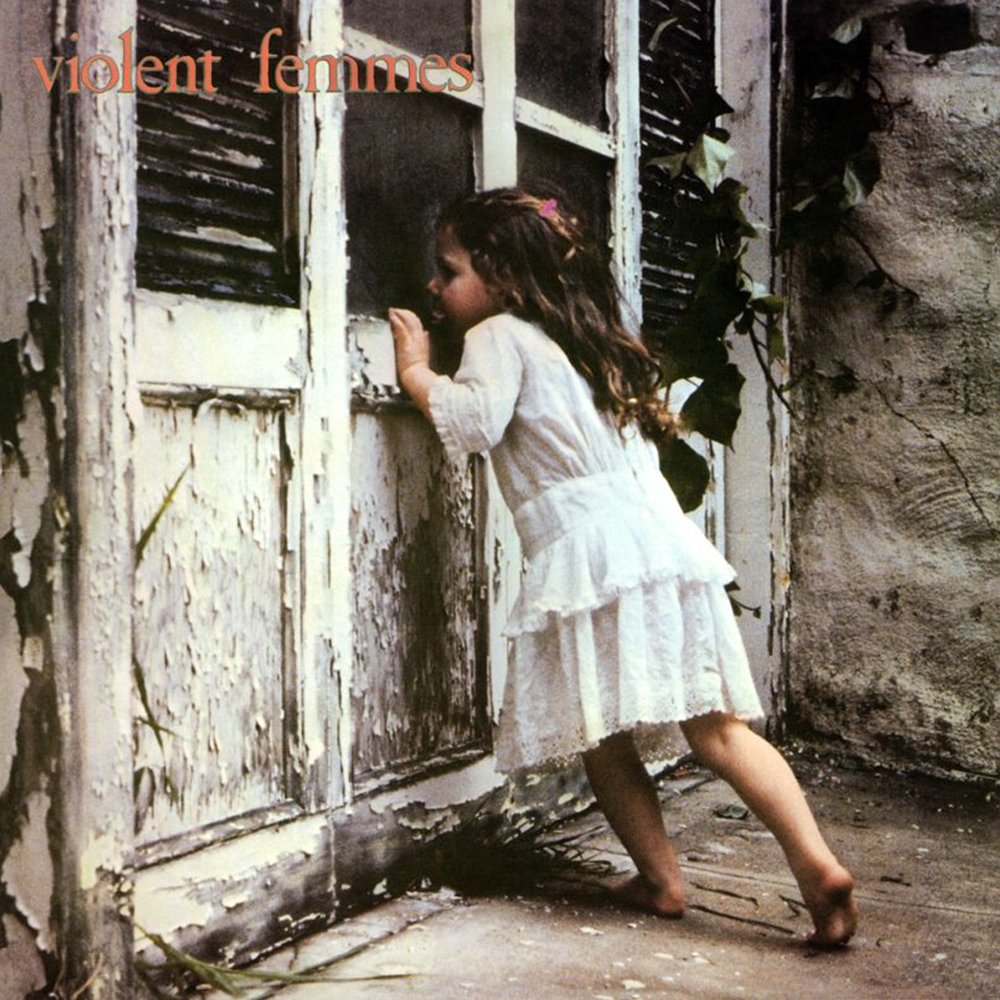 ROMANTIC AND SEXUAL frustration have long been central themes in rock, and Gordon Gano – the Violent Femmes’ 20-year-old singer, songwriter and guitarist – seems a perfect chronicler of adolescent anguish for the new age of teen psychosis. His songs by and large profile the concerns of your basic sensitive wimp, the clod who either never gets the girl or, once he has her, loses her. And yet, as the band’s name implies, things can get awfully messy along the way – especially when you’re as potentially demented as Gano shows he can be throughout this bizarre, fascinating debut LP.

If you took a lot of Jonathan Richman & the Modern Lovers (which inevitably means a little Lou Reed & the Velvets), some early Loudon Wainwright, and mixed in a dab of early Talking Heads (e.g., “Psycho Killer”) for good measure, you might come up with something that sounds a lot like this. The Femmes combine the romantic pathos and black humor of Richman’s first record with the scant acoustic approach of his later stuff, and the band is a genuine embodiment of Richman’s famous quote: “We have to learn to play with nothing, with our guitars broken, and it’s raining.” The combination of Gano’s low-key Velvet-ish guitar, Brian Ritchie’s mariachi bass (an instrument more likely to be used in a spaghetti western than a rock band), and Victor DeLorenzo’s junkyard drum set creates a uniquely invigorating sound, drawing on elements of folk, pop, jug band and blues, and tied together by the basic punk minimalist approach.

In true ‘80s fashion, Gano is what Richman would have become had he truly flipped when the girl on the “Astral Plane” wouldn’t love him back. The lead-off track, “Blister in the Sun,” introduces a strung-out, drug-overloaded, neurotic schlep going through hormonal shock. By cut two, “Kiss Off,” our hero comes back down – but only momentarily, so as to delineate his many miseries as he pops pill after pill to the beat of the multiple pains he’s trying to alleviate.

Which leads to the LP’s most dynamic track, “Add It Up,” a psycho-sexual epic (complete with Freudian mom references) wherein sexual frustration turns to anger, which leads to a gun, which leads to ... Jodie Foster, call your office. Propelled by numerous hooks and Gano’s terrific couplets (“Words to memorize/Words hypnotize/Words make my mouth exercise/Words all fail the magic prize/Nothing I can say when I’m in your thighs”), the song is somehow simultaneously scary, witty and exciting, and irresistible all the way through. As a whole, The Violent Femmes deals with some of the worst things you can feel – hate, rejection, insecurity and alienation. And yet Gano has taken this negativity, said no to nihilism, put his heart on his sleeve, and molded it into something that isn’t “down” at all. In fact, this goofy, giddy record may make you laugh quite a bit. As Gordon Gano knows full well, laughing hurts a lot less than crying.