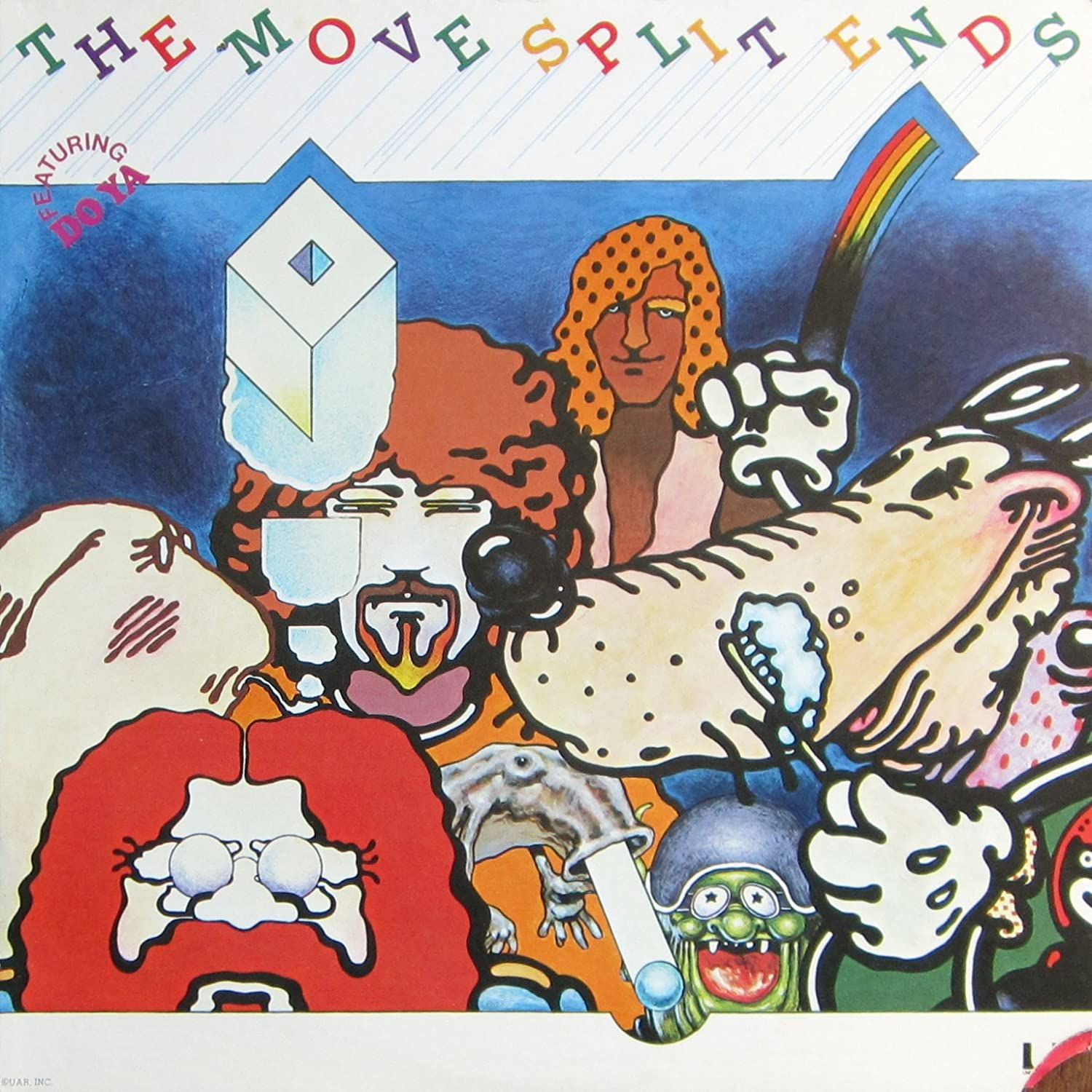 When the Move were smashing helicopters and burning telephone booths onstage, my heart was thumping to the beat of “I Can Hear the Grass Grow,” and I knew that this was the group for me. Thaey were exotic and inaccessible and penetrating, and they even hid in holes. You couldn’t ask for anything more.

About the time of Looking On, though, I just gave up on ‘em. I never thought they’d go the singles route, so I glued ‘em all into their respective wheelchairs. But you all know the story, and you’ve all heard the promotion - THE MOVE ARE BACK! And they’re better than ever. I really can’t go down the list of cuts and explain which are my favorites, because I’ve favored a different one each of the last 400 listenings. Every cut is a masterpiece.

Certainly, however, you can accuse the Move of mimicry. Sometimes they go for the Beatles or Elvis or Jerry Lee Lewis or even the Beau Brummels. But not with any sense of versatility. Not like Kaleidoscope. More like gorillas stomping on a chain gang. Yeah, raw throats and soggy pricks.

But to really appreciate the Move you need to know about their clobber technique. That’s the way they toss ya around when a song begins to reach its peak. Like all of a sudden maybe some sorta new weirdo instrument trinkles outa your speakers and then everything  begins to clash. You follow one vein but it only leads ya into a tangle, so ya blow your stack ‘cause you can’t keep up and plow into the closest thing available. Maybe it’s your TV or your wife or your pet piranhas, but you gotta destroy something! That’s why the Move got such a reputation for wrecking things onstage.

Their music is frustrating; everything goes everywhere, and all instruments explode at once.

Don’t let any bullshitter convince ya that that means it’s classical, though. That’s mittens. These guys know how to rock. They’d play havoc with a snapping turtle. That’s the musical reason that I like them. The nonmusical ones are:

1. They breathe hard on record, and you can hear it.

3. They’ve got elitist appeal only.

5. Their song titles are forgettable.

6. All four previous albums have had great covers.

9. They sling Slade and spin tops.

Now they’re all split into pieces, which is great for promotional purposes, but I’m a little skeptical. It may just be like punching out. Until they do, though, there’s this monstrous collection, which’Il skyrocket the world to a kapow tribal festival, banging your box and crushing your castles with tons of volume and fistfuls of energy!