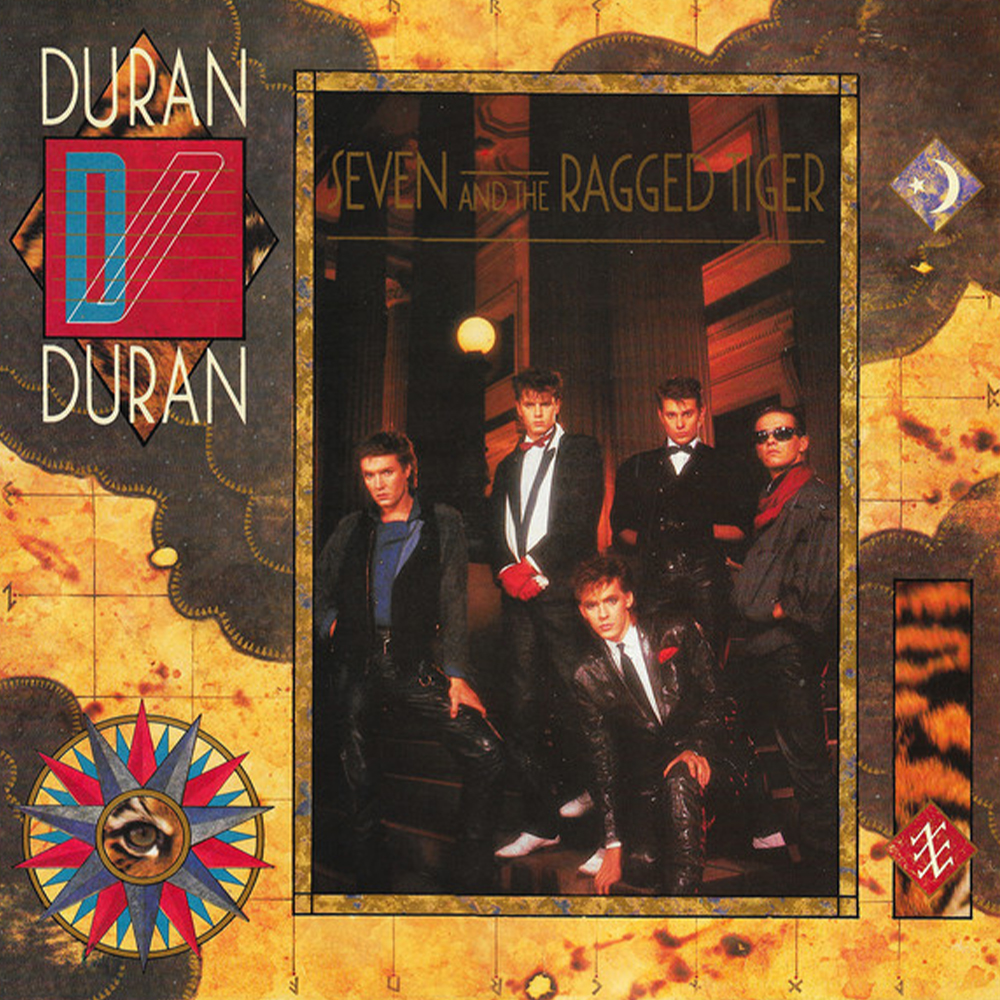 SEVEN AND THE RAGGED TIGER

Don’t know about you, but my own early inclination was to hate Duran Duran, to view them as so much baby-skirtface bait heavily treated with large doses of talent retardant. I’d look at ‘em and think, if I was a girl, I’d rather look at Joe “Deli” Russo or even Sid Vicious’s baby pix than these pouting tweeters. But in reality, if I was a girl, I’d probably spend all my time standing naked in front of a mirror and gasping, “Hey, where’s my Lady Schick?”

So you can imagine why dealing with Duran Duran posed a dilemma for me not unlike that of the English scientist who first successfully mated ducks and geese: Will they quack, or will they honk? Especially since it dawned on me that DURAN DURAN ARE GREAT! The real thing! Better then hands-free phone calls and the Handy Magnetic Retriever combined! Don’t judge ‘em by “Union of the Snake.” Sure, it’s plenty likable, but anything that enters the charts as high as that did must be viewed with suspicion, if not outright hostility. Exhibit #1 for the prosecution, Your Honor: Lionel Richie.

Wake up and whiff the bitter Buf Puf, willya? The whole first side (five tunes worth) of this idiotically named LP is hotter than the single. Particularly “New Moon” which bears an indecently catchy synth hook and truly fine harmonies (sounds like another hit for sure), and “The Reflex,” with a chorus so undeniably winning, it’s good enough to be awarded bragging rights to the state of Ohio, at least. Want more proof, Baby Ruth? Then check out “The Cracks in the Pavement” for its groovy vocals, “Shadows on Your Side” (more good harmony), and “I Take the Dice” for its electronic castanets. There’s even an instrumental (how advanced can you get?) that’d make a perfect soundtrack to the recent eddytorial discussion of great-car-missing-jump-over-open-jackknife-bridge-scenes in film history. Just one minor complaint: Most of the tracks are too long. Duran Duran’s musical attraction is real but tenuous. After about three minutes, you find yourself contemplating suicide rates of fire apparatus photographers or wondering just what exactly a Spacely Space Sprocket is. These guys should never give their listeners an opportunity for their minds to wander. Or to jaunt, stroll, tramp, ramble, or just plain skip out, for that matter.

So are we all straight here? Ha ha -- “straight” -- but you know what I mean. While I find my own I-u-v of this record slightly shameful, like the time I intentionally watched Radio 1990 and worse yet enjoyed it. I do not hesitate to recommend Seven heartily to all fans of the group and the occasional normal person who’s got a taste for some yummy harmonies. Duran Duran may have the life expectancy of a minnow’s baby teeth, but they’re dangerous eyesores no more.