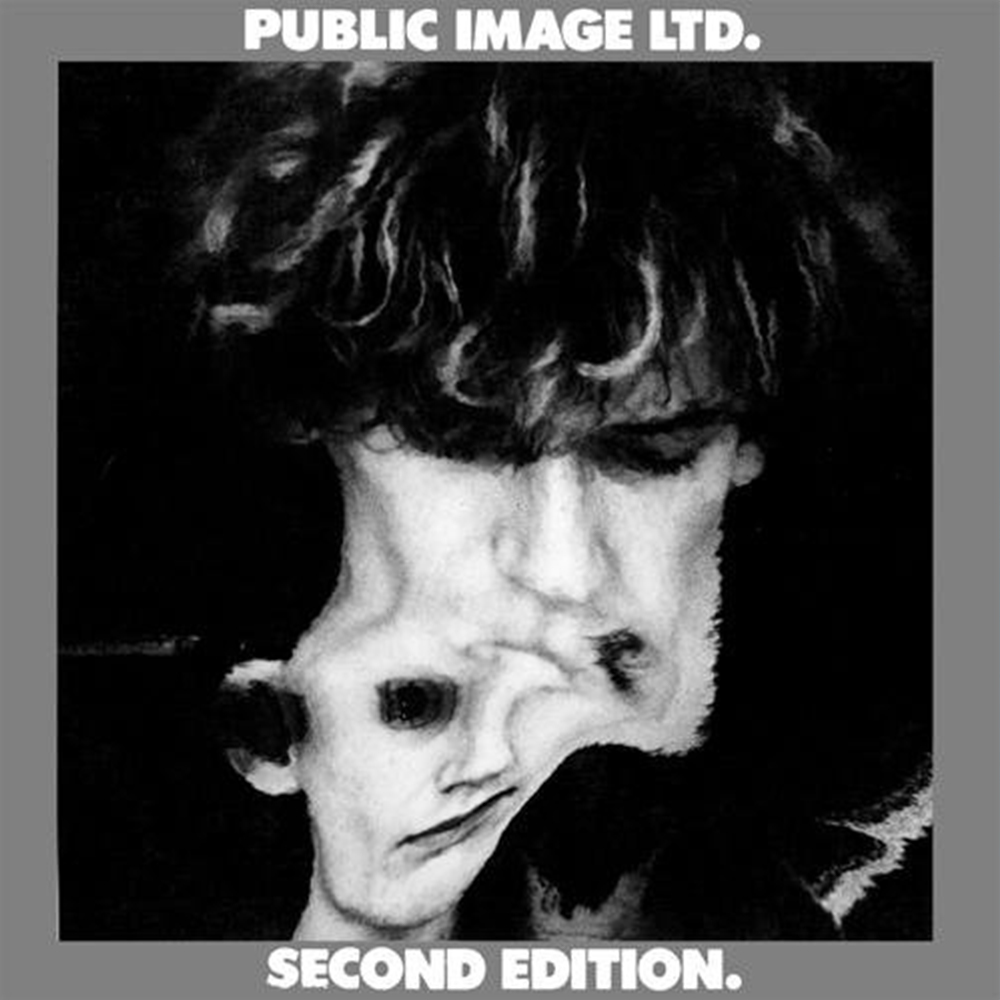 In the deepest recesses of my morbidity I have always found a special charisma of fear and dread surrounding pictures of famous people who’ve been murdered in particularly gruesome ways. Take a look at snapshots of Sharon Tate (later stabbed over 20 times), any of the nine Chicago nurses (to be slashed up by Richard Speck) or even Czar Nicholas (hacked to bits and burned), and they evoke a feeling almost as horrifying as the murderers themselves -- something to do with the inevitability of fate, I suppose. On Public Image Ltd.’s new album, Johnny Rotten/Lydon’s vocals have re-created this feeling of fait accompli horror exactly. On Second Edition Lydon’s voice is recorded in repressed victim mutterings, as fuzzily convincing an artifact as the kidnap tapes of Patty Hearst reborn as the SLA’s Tanya. Like Hearst, it’s as though the Rotten of old has been murdered (or committed suicide) by virtue of some heavy guilt trip, coming out as a more serious/committed “soldier.” What results may very well be gloomiest slab of sonic remorse since the Doors’ “The End.”

While the first Public Image album (not released stateside) largely continued the rotten image with snotty putdowns, this second edition no longer trusts its own accusing finger. Some of the same themes are explored (media hype), but with more bitterness. While the Sex Pistols and early PiL used the safety valve of exciting music and occasional self-parody, here Lydon and crew are more straight-faced about their challenge: namely, to bring high anxiety to your ears without the slightest trace of melody, energy or overt will. The results may strike some as an aural equivalent of Sisyphus’ plight (or worse, another Pink Floyd record). But if you have an unnaturally long attention span (in 1980, this means you can read two entire issues of People in one sitting), you’ll appreciate what is in fact a daring outline of “the enormity of the problem.”

Perhaps no conventional musical setup could drive all this home as well. Rather, each of the instruments is recorded like some limb from an unidentified body wrapped in its own Hefty Trash Bag and tossed into the gutter. The bass and drums are closest, keeping down a funky death knell, while repetitive tremoloed guitars squeal away in the background, like one endless groove of a Grateful Dead record. Then there’s Lydon’s muddy vocals -- different on each track --  from “Albatross,” where he really sounds like you’d feel if a dead bird was hanging around your neck, to “Chant,” where he screams words that sound like “love/war/fear/hate” about 90 million times under lyrics that posit protest as merely entertaining ambiance. The song is as complex as the Sex Pistols’ numbers that indicted the singer as well as “the establishment” (the moments that made the band so much more admirable than the finger-pointing Clash). There is irony here but certainly no fun. There are no rousing anthems to externalize the revolt. More to the point is “Birds,” where even redemption is viewed as embarrassingly pat. But the main thrust here surrounds the nuances of Lydon’s voice. He’s probably the only singer ever to match the emotional depth of white blues singers like Joplin and Cocker without the slightest technical ability to help him along. Perhaps this is the scream of the butterfly we’ve heard now-dead voices sing about for so many years.