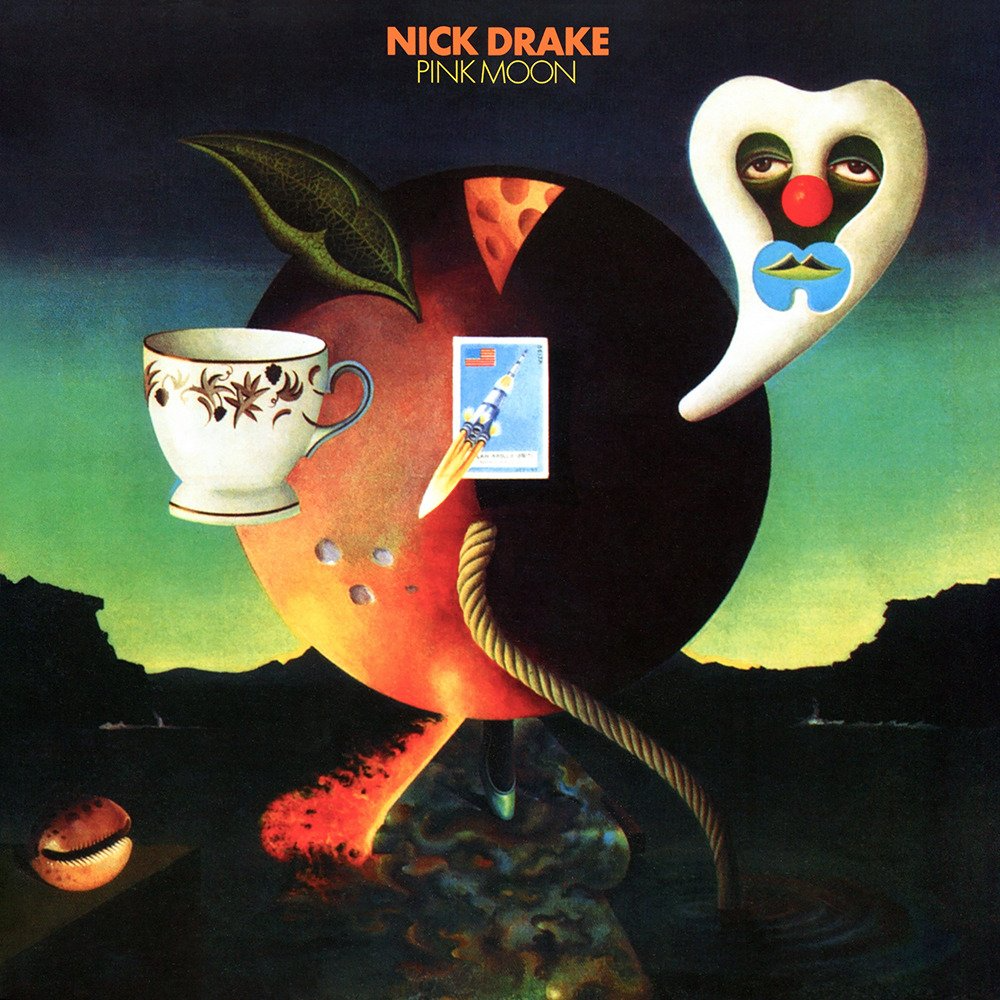 Nick Drake sails and sings, says “Sorry,” smiles (but slyly), poses shyly. Rustling, rippling, resonant, thick and sweet with atmosphere like one of Balthus’ rooms, his music whispers, then ensnares, like a shared confidence. The short songs are sometimes grand riddles, obscure, unanswerable propositions. The title song, in its entirety, says, “Saw it written and I saw it say/Pink moon is on its way/ None of you will stand so tall/ Pink moon gonna get you all/ And it’s a pink moon.” Can that be dealt with as poetry? As pretentious profundity? Or only as some sort of schoolboy’s disquieting secret vision (is he possessed)?

Another says, again in its entirety, “Know that I love you/Know that I don’t care/Know that I see you/Know I’m not there.” Who writes songs like that? Is it the ghost inside the boy? The boy’s spirit deep inside the grizzled wizard?

The longer songs do less with more words. They’re not awfully good as songs, most of them. There’s a lulling repetitiousness to a lot of what he sings. But no matter. That’s the point, in fact. His music is a triumph of style over sententiousness, of sound over sense. It’s not what he sings, or even -- for that matter -- how he sings. It’s that he sings at all, that he opens up this world to us at all.

His first two albums (Bryter Layter and Five Leaves Left, both on Island in England, and cannibalized into a  single LP, Nick Drake for American release on the same label), presented him in a more complex context -- some orchestrations, some impressively personal guest stars (John Cale, Ray Warleigh, Dave Pegg, Richard Thompson, Chris McGregor, et al.), a wider range of mood and craft. Here, it’s simply Drake and his own guitar and piano. He’s accurate and workmanlike with it; he never fails, he never really flashes. But he knows precisely what emotional limits to impose upon his self-accompaniment.

It’s seductive music. The voice is deep, firm, covert, and binding. He very nearly croons, God save us. (If Robert Plant is the Al Jolson of the rock generation, Drake is the Bing Crosby.) He very nearly croons his enigmatic, endearingly weak little songs, and always with the smirk of the all-seeing “I.” He knows more about us than we know about him.