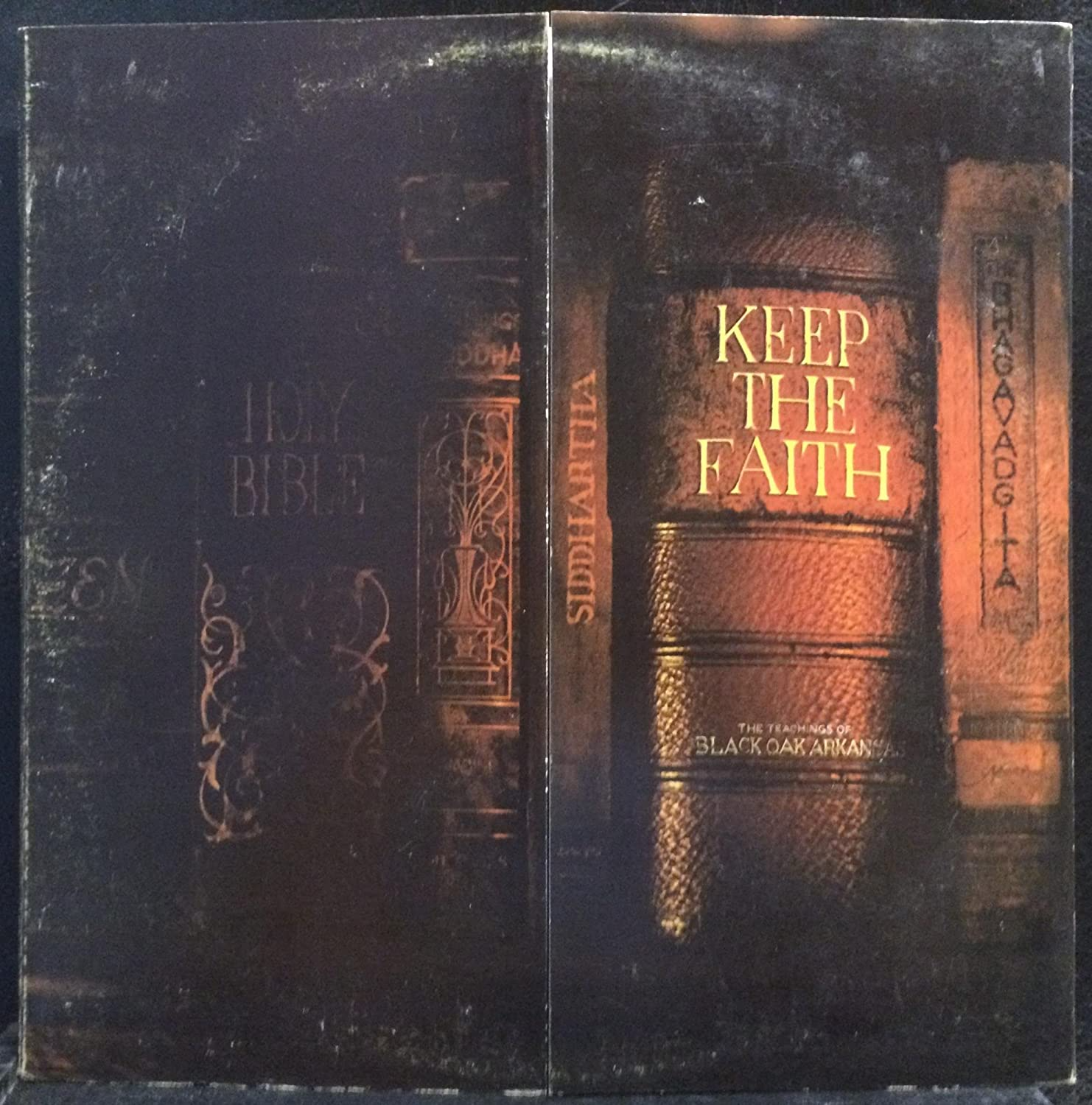 When Black Oak Arkansas’ first album was released, I made the mistake of listening to it one time and writing a fulsomely imagistic review while under the influence of amphetamines, praising it to the skies. About two months later a very good friend called me up long distance and said: “Well, Lester, I just bought the Black Oak Arkansas album on the basis of that review you wrote, and I just wanted to tell you that they suck!”

A few months ago I saw them on tour with Grand Funk, and while I felt that the lead singer’s twerpy attempts at Dr. Johnish mumbo-jumbo in a wretched pseudo-Captain Beefheart voice were godawful, the three guitarists and rhythm section were full, exciting, dense and driving all the way. By the time this album came out, however, I had become so sick of this wimp dubbed Dandy’s growly pullulations that I could hardly stand to listen to it and only half-jokingly suggested to somebody that “I wish somebody would shoot that fuckin’ lead singer in that group.”

Okay. Record reviews start to get precious and self-aggrandizing when they become too autobiographical, but the point of all this is that I have listened to the record some more, and while I still think Dandy is just about as obnoxious as he can be, I’m starting to like it, and not just for the instrumental work either. I read a story once in the Atlantic Monthly where the faculty at Yale or someplace was meeting up with this bunch of student radicals led by Mark Rudd, and one professor was heard to remark, “Why, that Mark Rudd is so obnoxious I can’t stand to be in the same room with him,” and another professor, who sympathized a bit more with Rudd and the Ruddniki, said, “Yes, but you could have said the same thing about Tom Paine.” So I say the same thing about Dandy. There is a point where some things can become so obnoxious that they stop being mere dreck and become interesting, even enjoyable, and maybe totally because they are so obnoxious.

Eric Burdon is (was?) a good example of this. Certainly Eric has been, since he switched from the straight blues of the early Animals to art rock, one of the most pretentious, mawkish, ballooned burlesques of a singer-songwriter in human history, not to mention being incredibly racist. But, with the exception of his merely bar-band boring work with War, he has always managed to put together good bands, write interesting songs and, more than that, be infinitely entertaining for precisely the bozo that he is.

Dandy doesn’t have Eric’s gift for brilliantly gauche social commentary, but he comes damn close. Keep the Faith (subtitled The Teachings of Black Oak Arkansas) continues and amplifies his juju-hosannah riff, and comes complete with ancient leather volumes of the Bible, Bhagavad Gita, The Teachings of Buddha and Hesse’s Siddhartha depicted-on the cover, and if the music didn’t sound so much like the raunchier side of Springfield-Grape folk-rock shot full of crank and turned into a crazy mechanical guitar loop, the lyrics would almost make you think it was 1967 again, what with lines like: “We’re just what you need/Good solid wood/We’re your power to make evil curl/Together we’ll make and shape our new world/We’re God’s children so don’t forget/Paradise is just around the corner and we’ll get there yet/Then we’ll give ya all our love; we’ll try our best/For after all, our love is what we want to give.”

But it’s not 1967 at all, it’s, uh, it’s a new day so let a soul man come in and do the popcorn, I mean something new is blowing in the wind: “We’re your freedom, we’re your son/We shine a light for everyone/We’re your happiness, we’re your joy/Your Revolutionary All American Boys!”

Yes, the times they have a-changed. At the Free John Sinclair rally in Ann Arbor last December, John Lennon said, “So flower power didn’t work, so let’s try something new,” and when big John says it you know something’s going on. Black Oak Arkansas certainly don’t sing about dipple-dappled crystal leaf-vein patterns in the dewy spiderwebs of your mind -- they sing about “Fever in My Mind,” and about earthquakes. In “The Big One’s Still Coming,” the hot shot of this album, which has so much strychnine in it it’s like an acid flashback all by itself, Dandy takes the apocalyptic motif running through all of the songs here and turns it into a vision of imminent natural catastrophe: “We’re havin’ an earthquake/We’re goin’ insane/A California earthquake/Has been shakin’ our brains.” Fortunately, however, he also recognizes that all these seemingly horrific cataclysms and disasters can be turned around into something resembling a real cool time, if you think about it and exercise the proper karmic manipulations (“But mystic thoughts can only fly to another plane”), can be harnessed and ridden ‘cross the crumbling spires of Babylon to glory: “California earthquake/ Shakin’ our heads/Yeah, we’re havin’ an earthquake/On our waterbeds.”

And that’s kind of how I feel about this album. It reminds me of the scene in Billy Wilder’s One, Two, Three where the Commies in East Berlin torture and brainwash a captured spy by strapping him in a chair and forcing him to listen to Brian Hyland’s “Itsy Bitsy Teeny Weeny Yellow Polka Dot Bikini” 789 times played at 78 RPM with the spindle through a hole punched in the record just a half-inch from the center, so it gives out with a mind-destroying back-and-forth whine, sort of like a wah-wah in fact. After listening to all the psychedelic, studio-artistic, electronic, filtered, altered, phased and played-backwards music of the past six or seven years, with Black Oak Arkansas and Dandy’s tattered tonsils capping it all, I think that I could tell my old high school civics teacher that I would be immune to at least this form of Communist brainwashing. I would probably tap my foot.