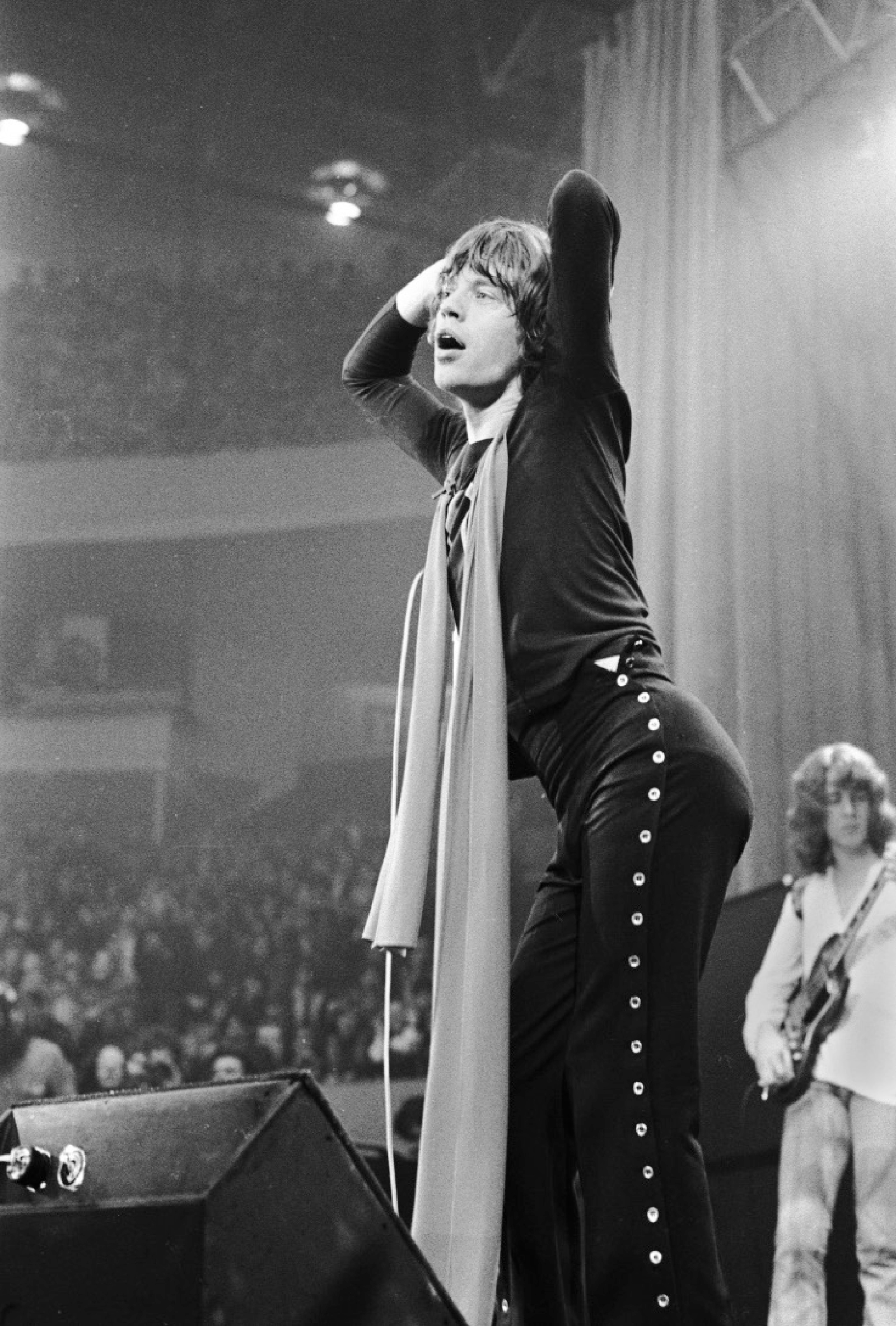 MAY 1979
SIX FEET UNDER FOR YOUR LOVE

Dear CREEM:
So Aerosmith won’t play Philadelphia anymore because Steve Tyler got hit in the face with a bottle. So big deal!  I was at the Emerson, Lake and Palmer concert in Pittsburgh when Lake got hit by a studded snow tire, and he never sang those high notes any better.
A friend of mine says she hit Lou Gramm with a small trash compactor in Atlanta, and he actually thanked her afterwards. What the heck does Tyler expect? This is rock ‘n’ roll!!!!
How else are the fans supposed to show their adoration? I personally have a ballpeen hammer with Robert Plant’s name on it, and I’m just waiting for the opportunity to let him know how much I care.
Poor Tyler, some people just can’t handle affection.
Chris (keeping it under control) Keller
St. Louis, MO

Dear CREEM:
Please insert these phrases into your October issue: 1) terminal sludge for the red set; 2) aural whoopee cushion. Thank you.
The Splicer
Burial Hill
Plymouth, MA
PS: a) retinal calisthenics; b) cozy skank; c) young pump; d) miscegenation; f) sultry go beep.
PPS: Michael MacDonald is a singer. Delete the word “barge.” There will be cornflakes after the revolution. Over and out.
(Please: a) insert your phrases into the orifice from which they emerged; b) take two aspirins and drink plenty of fluids; c) bring your William Burroughs collection back to the Burial Hill library; d) have a nice day now, won’t you? — Ed.)

Dear CREEM:
I feel like a real idiot. I mean, the Clash is one of my all-time favorite groups, and I don’t even know what most of their songs are about. I am constantly reading articles and record reviews telling me that “The Clash is the greatest record in the history of rock and roll because they have described our times with more clarity than Rod Stewart’s underwear, and blah blah blah … ”
I DON’T UNDERSTAND ANY OF THIS!!! I mean, their music … IT’S FUCKING GREAT!!! But that doesn’t seem to be important, does it? Like, I’m supposed to have some sort of college degree on what Clash lyrics mean, y’know? What am I going to do? All my Rolling Stone-reading friends are getting suspicious!
Thank you for your precious time,
I wouldn’t waste it like this if it were mine!
(oh god look, I made a rhyme!)
AN ELWOOD PLEEBIS MEMBER
San Juan Bautista, CA

I want to write for your magazine. I hate David Lee Roth. Do I qualify?
Anxiously yours,
Boots Jr.
Reedley, CA
(You and an astonishing number of our readers … —Ed.)

Dear CREEM:
I can’t believe how STUPID you dummies are. You make the guys in Journey look like a bunch of fools from San Francisco! I mean, who cares if Steve Perry has a lady behind him in the bathroom! Who cares if some sumo wrestler pisses in the corner! Who cares about Don Adams’ granddaughter! Who cares about Billy Squier! It was supposed to be a Journey interview, man. And that what’s-his-face who did the interview can do me a big favor. GO TO HELL!
Hots for Journey
Chrissie “Animal” McAlister
San Bruno, CA
P.S. Got anything else today, hotshot?
(Well, there is this picture of your mom. — Ed.)

Dear CREEM:
So, Mick Jagger thinks the record buyers in America are “unsophisticated.” Ha! And I suppose a 40-year-old anorexia nervosa victim in football tights is “sophisticated.”
Rolling over the Stones
Gathered Moss
Trenton, NJ

Dear CREEM:
A California contact recently sent me a newspaper obit. The notice read, “Lester Bangs — died in his Manhattan apartment — He was 33.” A very sad piece of news.
Lester had few equals as a rock critic. At his best he was unpretentious, acerbic, incisive. His passion was rock ‘n’ roll. He truly CARED.
Bangs was a master of summation. He closed out the 1976 CREEM book Rock Revolution in typically brilliant fashion: “It’s no lament to say that the future lies behind us — the question, crucially, is what we will do with it, where will we take it. And the carriers of the rock revolution who will be written up in the last chapter of this book’s next edition are none other than you out there reading this, right where you are sitting now. Do it, and we’ll all meet on this same street corner again, an outlaw mob united forever, ready to forge the fire they’ll call the rock ‘n’ roll revolution of the eighties.”
Lester Bangs may no longer be with us physically, but his zany spirit rocks on.
Lester, we miss you,
Rockin’ Rod Gaskell
Ottawa, Ontario
CANADA

Dear CREEM:
I would like to thank everyone for voting me Sex Object of the Year. Linda thanks you, too. My children thank you, as well. What? You mean I didn’t win? Who the hell is Joe Elliot? Deaf what? I just don’t understand it. I used to be so adorable. I … I …
Paul McCartney
Sheffield, England

MAY 1985
YET ANOTHER BORING LETTER

Dear CREEM:
What is happening to you people? You used to have the greatest letter department in all of magazine history! They used to be so strange and funny. They were great. Now you print NORMAL letters like all the rest! Whatever happened to “I eat Oreos and spit in your face!” Or who could forget “Trashcans rule, especially with cheese.!” And the editor! Where’s our rude editor? In the February issue he was nice! He gave the Billy Idol fan a list of back issues Billy was in! Did you kidnap our old editor and replace him with a boring old fart? Oh, people, please bring back your strange letters!! We miss them!!!
WDM’s “little rocker”
Pasadena, CA
(You seem like a nice person and do make a valid point. — Ed.)