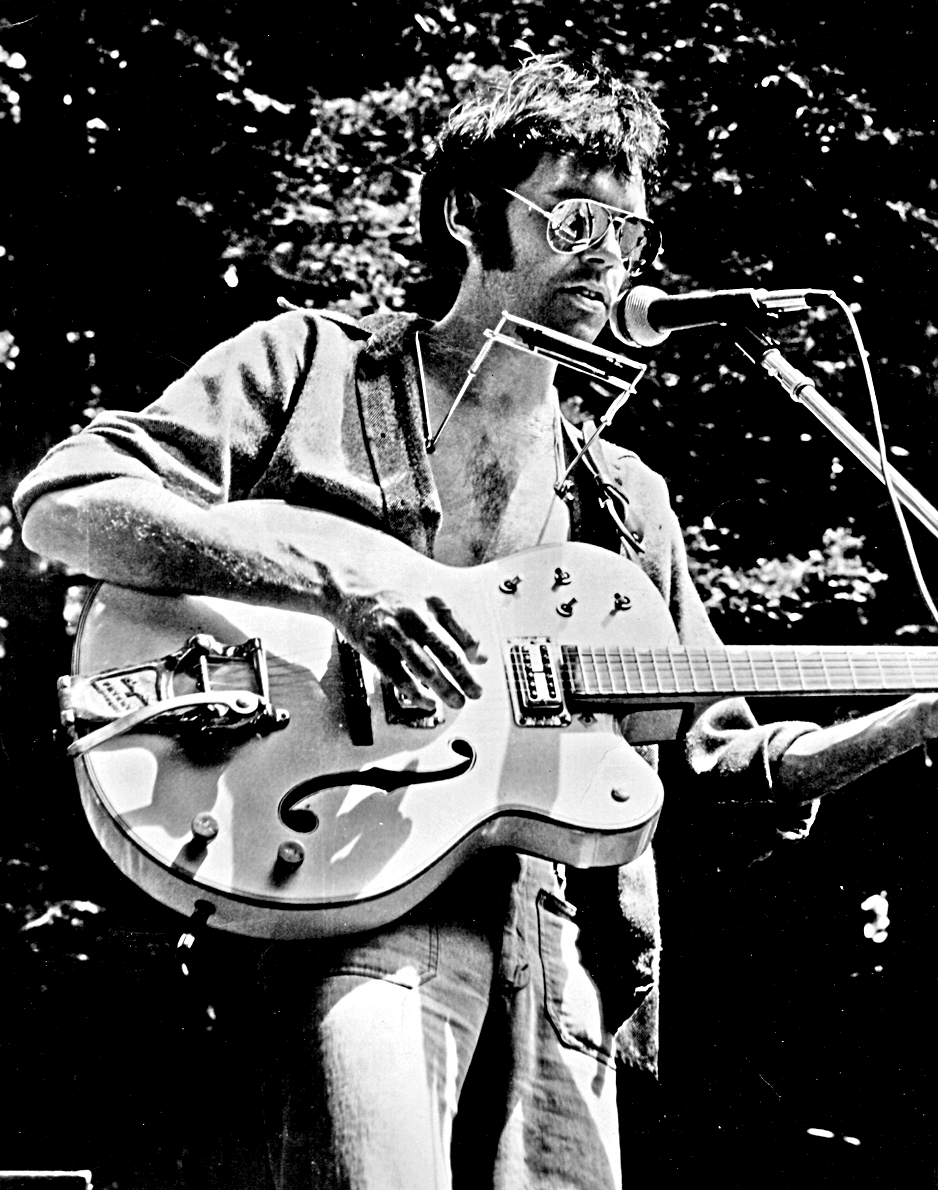 For the decade’s greatest rock and roller to come out with his greatest album in 1979 is no miracle in itself — the Stones made Exile as grizzled veterans. The miracle is that Young doesn’t sound much different now than he already did in 1969; he’s wiser but not wearier, victor so far over the slow burnout his title warns of. The album’s music, like its aura of space-age primitivism, seems familiar, but while the melodies work because they’re simple and fresh as his melodies have always been, the offhand complexity of the lyrics is unprecedented in Young’s work: “Pocahontas” makes “Cortez the Killer” seem like a tract, “Sedan Delivery” turns “Tonight’s the Night” on its head, and the Johnny Rotten tribute apotheosizes rock-and-roll-is-here-to-stay. Inspirational Bumper Sticker: “Welfare mothers make better lovers.” A+

Tough gals, tough gals — suddenly the world is teeming with tough gals. And Chrissie Hynde is a good one. Maybe not all of her songs are championship singles, but she’s got more to offer emotionally and musically (and sexually) than any of the competition, unless Patti counts. She’s out for herself but she gives of herself as well; when she alternates between rapacity and tenderness you don’t feel she’s acting coy or fucked up, although she may be. And she conveys these changes with her voice as well as with her terse, slangy, suggestive lyrics. James Honeyman Scott’s terse, slangy, suggestive guitar steals don’t hurt either. A-

Replacing Aerosmith as primitives of choice among admirers of heavy machinery, these Aussies are a little too archetypal for my tastes. Angus Young does come up with killer riffs, though not as consistently as a refined person like myself might hope, and fresh recruit Brian Johnson sings like there’s a cattle prod at his scrotum, just the thing for fans who can’t decide whether their newfound testosterone is agony or ecstasy. AC/DC can’t decide either — “Shoot to Thrill,” “Given the Dog a Bone” and “Let Me Put My Love Into You” all concern the unimaginative sexual acts you’d imagine, and “What Do You Do for Money Honey” has a more limited set of answers than the average secretary would prefer. My sister’s glad they don’t write fantasy and science fiction, and if you’re female you’re free to share her relief. Brothers are more deeply implicated in these matters. B-

After going gold in 1979 as an utterly un-crossed-over falsetto love man, he takes care of the songwriting, transmutes the persona, revs up the guitar, muscles into the vocals, leans down hard on a rock-steady, funk-tinged four-four, and conceptualizes — about sex, mostly. Thus he becomes the first commercially viable artist in a decade to claim the visionary high ground of Lennon and Dylan and Hendrix (and Jim Morrison), whose rebel turf has been ceded to such marginal heroes-by-fiat as Patti Smith and John Rotten-Lydon. Brashly lubricious where the typical love man plays the lead in “He’s So Shy,” he specializes here in full-fledged fuckbook fantasies — the kid sleeps with his sister and digs it, sleeps with his girlfriend’s boyfriend and doesn’t, stops a wedding by gamahuching the bride on her way to church. Mick Jagger should fold up his penis and go home. A

Another anticlimactically after-the-fact American release for these purveyors of melancholy and autohypnosis, and enough to make you understand why whole writing seminars haunt the import shops awaiting their next 12-inch. Ian Curtis’s torment is less oppressive here because it’s less dominant — the dark, roiling, off-center rhythms have a life of their own. And if last time the dancier material had hooks, this time even the dirges have something closely resembling tunes. A-

It’s hardly news that this platinum product is utter dogshit even by heavy metal standards; under direct orders from editors who don’t know Iron Maiden from Wynton Marsalis, my beleaguered colleagues on the dailies have been saying so all year, and every insult goes into the press kit. Still, I must mention Mick Mars’s dork-fingered guitar before getting to the one truly remarkable thing about this record: a track called “Ten Seconds to Love” in which Vince Neil actually seems to boast about how fast he can ejaculate (or as the lyric sheet puts it, “cum”). And therein, I believe, lies the secret of their commercial appeal — if you don’t got it, flaunt it. Follow-up: “Pinkie Prick.” D

Side one is pure up, and not only that, it sticks to the ears: their pop move avoids fluff because they’re heavy and schlock because they’re built for speed, finally creating an all-purpose mise-en-scene for Brother Eddie’s hair-raising, stomach-churning chops. Side two is consolation for their loyal fans — a little sexism, a lot of pyrotechnics, and a standard HM bass attack on something called “House of Pain.” B+

It makes a certain kind of sense to impose teen-macho aggression on your audience — for better or worse, macho teens are expected to make a thing of their unwonted hostility. These guys impose their post-adolescent sensitivity, thus inspiring the sneaking suspicion that they’re less sensitive than they come on — passive-aggressive, the pathology is called, and it begs for a belt in the chops. Only the guitar hook of “How Soon Is Now,” stuck on by their meddling US label, spoils the otherwise pristine fecklessness of this prize-winning UK LP. Remember what the Residents say: “Hitler was a vegetarian.” C+

The wisecracking arrogance of this record is the only rock-and-roll attitude that means diddley right now. With the mainstream claimed by sincere craftspeople and the great tradition of Elvis Presley, Esquerita, Creedence Clearwater Revival, the Sex Pistols and Madonna sucked into a cultural vacuum by nitwit anarchists and bohemian sourpusses, three white jerkoffs and their crazed producer are set to go platinum-plus with “black” music that’s radically original, childishly simple, hard to play, and accessible to anybody with two ears and an ass. Drinking, robbing, rhyming, and pillaging, busting open your locker and breaking your glasses, the Beasties don’t just thumb their noses at redeeming social importance — they pull out their jammies and shoot it in the cookie puss. If you don’t like the joke, you might as well put your money where your funnybone is and send a check to the PMRC. A+