It was the dawn of a new era, and CREEM became the rock and roll bible of little booger-eating twerps everywhere. 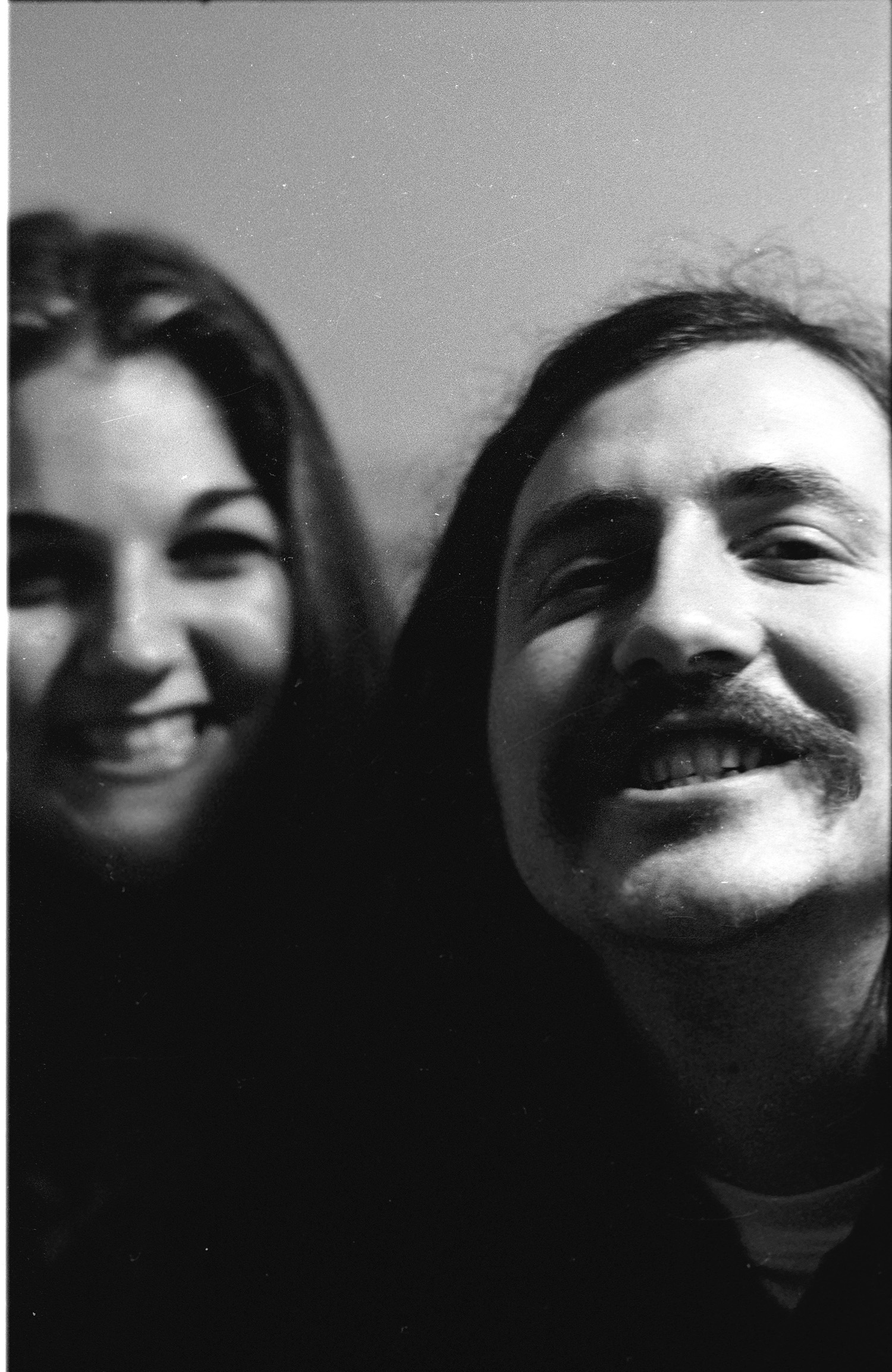 The early 1970s were a weird and transitional time for kids. After the U.S. withdrew from Vietnam in 1973, the hippie movement that had defined youth culture in the Sixties simply vanished. No one was going to be sent halfway across the world to have their legs blown off anymore. Everything was fine. Politics? Protest? Patchouli oil? Who needed it? Poof … gone.

In the vacuum emerged a new generation of teens — a new army of dopey little mutants with bad shag haircuts who lacked any real ideology or identity other than hanging out at the growing number of fast-food joints, strip malls and 7/11s that were dotting the American landscape. They were searching for something new … something to call their own … but what?
They knew what they didn’t want. They had zero interest in listening to old farts like Bob Dylan or John Lennon grouse about the “government” or their “relationships.”

A cross-dressing smart aleck named Alice Cooper was one the first artists to feel the shift. With a smirk permanently tattooed on his lips, makeup on his face and his body wedged into a pair of skin-tight leopard pants, he knew damn well that the times were indeed a-changin’.

On “I’m Eighteen,” his brilliant 1971 surprise hit, the singer snarled, “I’m confused every day … I don’t know what to say … but I LIKE IT!” The song, filled with inarticulate gibberish and raging hormones, became a rallying cry for a new breed of adolescent barbarian, the likes of which the world had never seen.

A few months later, glam-rocker David Bowie wrote another anthem that defined the cultural upheaval even more clearly. In “All the Young Dudes,” Bowie’s jaded protagonist expressed the contempt many kids felt towards their older siblings still living in the 1960s.

“And my brother’s back at home with his Beatles and his Stones,” he chides. “We never got off on that revolution stuff … what a drag.”

Bowie’s message was clear. This new generation wasn’t the old one, and they didn’t give a damn about the Beatles, the Stones or the revolution. What they wanted was sex, drugs and rock and roll in whatever order they could get it. The media was oblivious. Most were too busy trying to chase President Richard Nixon out of the White House to care about a bunch of suburban kids. Even the underground magazines like Crawdaddy — “the first magazine to take rock and roll seriously” — didn’t take much notice. The change was happening too damn fast.

But then something quite remarkable happened. Somewhere in 1972, CREEM, a rapidly growing magazine from Michigan, started feeling this generation landslide deep in its loins. Initially, the publication was a fairly typical counterculture rag — a hodge-podge of underground music, leftist “right on” politics, some local Detroit boosterism, with a dash of some of the kooky irreverence that would later be the magazine’s hallmark. Interesting, but not exactly unique.

But suddenly the magazine found its voice — and it was funny, caustic, insightful and different. Nestled in Detroit, far from the glare of media centers like New York or L.A., CREEM’s editorial staff could see these boys and girls and their zits in a clearer light. As the writers drank deep from the gigantic fast-food Slurpee cup that America had become, they discovered something bracing in this new generation of snarky, self-aware, angel-dust-smoking, rudderless doofuses — and it was themselves.

Leading the charge was Lester Bangs, whose hilarious and insightful writing, wise-guy attitude and passion for the unvarnished sounds of the Stooges, Lou Reed, garage rock and Captain Beefheart defined CREEM.

“Lester was the shit,” proclaimed Stooges singer Iggy Pop, a pioneering silver-haired doofus in his own right. “He really, really was. Lester wanted to think about, ‘What does this mean?’ It got pretty convoluted, bet he always managed to keep it as something a little more serious than a mind game. I keep his book Psychotic Reactions and Carburetor Dung right up there with Andy Warhol, the Marquis de Sade, James Brown and Edward Gibbon, the author of The Decline and Fall of the Roman Empire — that’s my little Literary Hall of Fame. He’s in there.”

“Suddenly the magazine found its voice — and it was funny, caustic, insightful and different.”

a cute, fashion-loving Detroit scenester with a confusing name, who used her charms to get the big interviews, and then dissected her prey by using their inflated sense of ego against themselves.

Like Lester, Jaan didn’t give a flying fuck about politics or Richard Nixon. Which was great. I mean why would you, if your job was to chat about halter tops with Led Zeppelin’s Robert Plant or get makeup tips from Ace Frehley of KISS?

Editor-in-chief Dave Marsh had been a talented and important part of the magazine’s original quasi-serious agenda, but CREEM was liberated when he left in 1974. Without the adult in the room, it became a safe haven for a distinctly brash, funny and irreverent new wave of rock critic, like Ben Edmonds, Robot Hull, Rick Johnson and Sue Whitall.

Bangs summed up the CREEM methodology of rock writing in a 1982 interview with journalist Jim DeRogatis. “I just started my interviews with the most insulting question I could think of, because it seemed to me that the whole thing of interviewing rock stars was just such a suck-up. It was groveling obeisance to people who weren’t that special, really. It’s just a guy, just another person, so what?”

Some rock stars were terrified by CREEM’s agenda to make them appear life-sized, but they shouldn’t have been. Most of the time it was done with true affection and humor. Presenting them as humans often made bizarro legends such as Lou Reed, Jethro Tull and Led Zeppelin more endearing. But those that didn’t get the joke were simply tossed into the dick pile.
And the dick pile was big.

In the next section, we did our best to choose just a few of the stories that reflect a bit of this “Golden Era of CREEM,” which lasted from roughly 1973 to 1978.

The first two stories were written by the late, great Ben Edmonds. Edmonds, by all accounts, was the best-dressed of all the CREEM editors, and Uhelszki said he was also “the best writer at CREEM. His stories were more like mini-novels than journalism.”

His zippy “Alice Cooper’s Alcohol Cookbook” (June 1973) and epic “New York Dolls Greatest Hits, Volume 1” (October 1973) were spot-on and often hilarious snapshots of where rock and roll was at in the 1970s. But in between the yuks and sharp observations were awesomely wild sentences like: “[Johnny Thunders and Syl Sylvain] work together trading blitz-fills like electric Siamese criminals.” Damn.

We also picked two classic stories by the sassy, classy and difficult-to-spell Jaan Uhelszki (actually her name isn’t that hard to spell if you remember this simple and timeless rule: “z” before “s” except after “l”). In her brilliant “I Dreamed I Was Onstage With KISS in My Maidenform Bra” (August 1975) and “Sodom and Gomorrah in a Suitcase” (July 1977), she lived out two ultimate rock fantasies: joining KISS on stage and touring with Led Zeppelin. Even though she revealed that both experiences were about as sexy as getting a pie in the face, we’re jealous anyway.

However, no mid-Seventies collection of CREEM would be complete without at least one of Lester Bangs’s classic interviews/confrontations with the late, curmudgeonly rock star Lou Reed. I could try to explain why “Lou Reed: A Deaf Mute in a Telephone Booth” was an astounding vicious and blood-soaked piece of journalism, but it would only ruin the fun. Read for yourself and discover why Lester was often hailed as “America’s greatest rock critic.”

But the merriment doesn’t stop there. As mentioned above, there were many other great contributors during this period, and we did our best to fit a few more in the record review section. So read on, enjoy, and Boy Howdy!